Mast cell precursor cells do not just cause an increase in mature mast cells during inflammation, they also play an active role in diseases like asthma. This finding is in a new study by immunology researchers published in the Journal of Allergy and Clinical Immunology. The study also emphasises that precursor cells in general can play an active role in inflammation and challenges the current idea that only mature immune cells are involved in immune reactions.

“We have shown that mast cell precursor cells are activated immunologically when they are exposed to allergic stimulation. They can produce the cytokine IL-13, known to contribute to asthma development,” says Erika Mendez-Enriquez, an immunology researcher at Uppsala University.

Mast cells are rare immune cells found in tissues that come into contact with the external environment, such as the airways and the skin. Unlike other immune cells, mast cells develop from precursor cells that migrate to the tissues through the blood. Mast cells play a detrimental role in the development of asthma and allergies, mainly through their expression of the high-affinity receptor for IgE, the main antibody related to allergic reactions. Mast cells become activated when IgE bound to the IgE receptors binds to allergens and releases substances that trigger physiological reactions such as the contraction of the airways in allergic asthma.

Mast cell precursors are extremely rare in healthy individuals, but their frequency increases during inflammation, which later causes an increase in mature mast cells. It is well documented that mast cells increase with many types of inflammatory diseases. 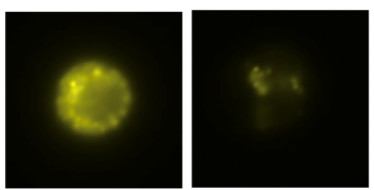 How do probiotic bacteria benefit the intestine?

Interaction between the gut microbiota and the immune system is important for host physiology and susceptibility to disease, but also for the efficacy of e.g., cancer immunotherapies. A multidisciplinary research team have now discovered that specific probiotic bacteria shape the intestinal microbiome by affecting B lymphocytes in the Peyer’s patches to induce, produce and release IgA following t

The role of diet in the rise of modern shark communities

The availability of prey and the ability to adapt to changing environments played key roles in the evolution of sharks. A new study, in which over 3,000 shark teeth were analysed, provides new insight into how modern shark communities were established. The results are published in the journal Current Biology.

Can T-cell tests be used to determine whether people have had COVID-19? Scientists at Uppsala University and Karolinska Institutet have jointly analysed this issue under the aegis of the COMMUNITY study at Danderyd Hospital. Their study is published in the scientific journal PLOS ONE.

New method used to study how cancer cells are organised

Changes in individual cancer cells over time may explain why brain tumours develop so differently, and why some cancer cells are resistant to certain treatments. To track the development of cancer cells, researchers at Uppsala University have devised a new method that, in the long term, may make it easier to develop new, effective drug combinations.