People who are physically active on a regular basis recover better after surgery for colorectal cancer. However, starting to exercise only after the diagnosis is a fact had no effect on recovery, a University of Gothenburg thesis shows.

In working on his thesis, Aron Onerup, who obtained his doctorate in surgery at the University’s Sahlgrenska Academy and is now a specialist doctor at Sahlgrenska University Hospital, carried out an observational study of 115 patients diagnosed with colorectal cancer.

Studies with similar results were conducted for individuals scheduled for operations to treat breast cancer and biliary tract disease as well.

The question was whether the odds of recovery could be improved for patients diagnosed with colorectal cancer. In another study, 761 individuals were randomly assigned to either receive ordinary, routine care or follow an exercise program, on their own, for about two weeks before and four weeks after surgery for colorectal cancer.

However, this program — which included half an hour of moderate-intensity exercise daily — had no effect on the latter group’s self-reported physical recovery, nor on their complication risk, repeat surgery, readmission to hospital, or length of hospital stay.

“Although the exercise study didn’t show any effects in the brief postoperative period, it’s possible that measures resulting in increased physical activity in the long term may have positive health effects. The key is not to introduce measures into health care until they’ve been scientifically evaluated,” Onerup states.

Many reasons for exercise

However, the overall picture provides evidence that, at the point when it becomes clear that an operation for biliary tract disease or colorectal cancer is necessary, people’s physical activity level is clearly connected with the subsequent course of their recovery.

“The research findings indicate that there are further reasons to work for a population that’s as physically active as possible, besides the gains in terms of, for example, cardiovascular and mental health that are already known,” Onerup says.

Title: The role of physical activity for recovery after surgical procedures 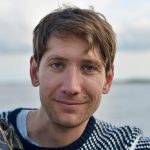 Epileptic seizures are frequent among patients with cerebral venous thrombosis — a blood clot affecting the venous system of the brain. A thesis from University of Gothenburg suggests that some of these patients should be diagnosed with epilepsy and offered medication to prevent further seizures.

Results in TIMSS linked with earlier studies in maths and science

For the first time has all data of grade eight students or equivalent of earlier international large-scale assessments in mathematics and science been linked and scaled to the series of TIMSS. This means that we now have comparable data for grade-eight mathematics and science since the 1960s. International large-scale assessments have been increasingly important for […]

Trees get overheated in a warmer rainforest

The ability of rainforests to store carbon can decrease in pace with climate change. This is due to photosynthesis rates in the leaves of rainforest species falling at higher temperatures and the trees’ natural cooling systems failing during droughts.

Managers are crucial in motivating nurses to remain

Managers of healthcare units play a central part in nurses’ job satisfaction and desire to stay in their positions, research at the University of Gothenburg (now available in book form, in Swedish) shows. In many parts of Sweden, there is a shortage of nurses. Their work environment has attracted much attention and a research project […]