Driving a bus in the afternoon during a split shift situation was shown in a recent study to be related to higher levels of self-reported sleepiness, higher levels of physiological sleepiness and increased response times, compared to an afternoon shift. Today the Swedish researcher, Anna Anund, speak about this at the conference RS5C (Road Safety on Five Continents) at the Windsor Flórida Hotel in Rio de Janeiro.

– Bus drivers often have irregular working hours like split shifts and their work involve high levels of stress. These factors can lead to severe sleepiness and dangerous driving, says Anna Anund, Senior Research Leader at VTI (The Swedish National Road and Transport Research Institute) about a study on bus drivers and driver fatigue.

The purpose of this study was to highlight how split shifts affect sleepiness and performance during afternoon drive. The study is an experiment on real road with an equipped bus driven by professional bus drivers. The study design is a within subject design and the 18 professional bus drivers drove twice during the afternoon; once after a day with bus driving in the morning and once after a day when they had been off duty the whole day. The hypotheses were that split shifts contribute to sleepiness during the afternoon, which together can result in increased safety risks. The overall results support these hypotheses. In total five out of 18 drivers reached levels of severe sleepiness.

One driver fell asleep during the drive. In addition, 12 of the 18 bus drivers reported that they in their daily work had to fight to stay awake while driving the bus, at least 2-4 times per month. Among the drivers 50 percent reported that they every day or more often take a nap, and 11 percent reported poor sleep. And 22 percent indicated they had experienced at least one fatigue related incident the last 10 years. No drivers used tranquilizers or sleeping drugs.

Even though the study showed significant individual differences, it is clear that the bus drivers had to fight to stay awake and countermeasures are needed in order to guarantee safe driving during split shift schedules.

Driver sleepiness is a well know reason for crashes with people being injured or killed and it is considered to be a major contributor to approximately 15–30 percent of all crashes.

– All transportation on road involve a human driver and even though the type of vehicle differ, humans are influenced by the same biological factors; time of the day, hours slept and hours being awake, says Anna Anund.

There are also other factors that contribute to driver fatigue and for professional drivers long working hours have been proven to contribute to increased sleepiness and an increased risk for crashes. This is especially the case in combination with sleep loss, lack of breaks and difficult working conditions. Since split-shift is a typical working schedule among bus drivers, it might be one major contributing factor to driver fatigue and an increased risk for crashes among drivers.

Facts
VTI, Swedish National Road and Transport Research Institute is an independent, internationally established research institute which is engaged in the transport sector. Our core competence is in the fields of safety, economy, environment, traffic and transport analysis, public transport, behaviour and the man-vehicle-transport system interaction, and in road design, operation and maintenance. VTI is a world leader in several areas, for instance in simulator technology.

RS5C
Road Safety on Five Continents (RS5C) is an international conference aiming at increasing road safety globally by providing a platform for this essential knowledge exchange and helping the participating countries to find a good balance between road safety and mobility. RS5C is organized by VTI in close cooperation with The Brazilian National Association for Transportation Research and Education (ANPET). 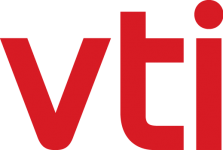