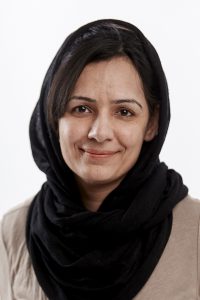 Crowdfunding is a growing phenomenon. For the ‘initiator’ or the person launching a crowdfunding campaign, the ability to raise funds without the rigorous credit checks or having to rely on a single, friendly bank manager believing in your idea is an attractive proposition. But what’s in it for the crowdfunders? Who are they and why are they willing to give money to someone else?

“You shouldn’t generalize about who your backers are when you launch a crowdfunding campaign. For example, there are the ‘shoppers’ who donate because they ultimately want a new product that’s not already available on the market. But then there are those, such as the benefactors or patrons, who donate for more emotional or social reasons – to help and support a friend, family or just another entrepreneur,” explains Nadia Arshad.

Nadia Arshad looked at reward-based crowdfunding campaigns in the USA and in Sweden and found that, for many, supporting entrepreneurship and innovation was a significant motivator.

“In the States, they particularly wanted to donate to entrepreneurs from their own state or city. In Sweden, they were more patriotic, wanting to support Swedish entrepreneurs and Swedish innovation. And these weren’t small amounts they were donating either, I was surprised how much people would invest to foster entrepreneurship,” she says.

Another interesting finding was how tolerant and understanding backers were of problems that cropped up during the campaign whilst waiting for the reward.

“As ordinary shoppers, we are strict; we want our product perfect and on time. Crowdfunders are more tolerant; they are prepared for delays and even some defects in the product. They see this as part of the risk of a crowdfunded campaign.  The crucial thing for them was to have clear and transparent communication during the campaign and afterwards,” says Nadia Arshad.

The unique aspect of Nadia Arshad’s research is how she mapped the backers’ engagement process from beginning to end: from when backers became aware of the campaign to evaluating, considering, and ultimately donating money to it. But the journey didn’t stop there.

“Just giving your money isn’t sufficient. To make the campaign successful, backers also need to take time to endorse the product and the entrepreneur behind it, spread the word and motivate others to join in as well,” says Nadia Arshad.

Crowdfunding is getting more and more popular, but according to Nadia Arshad, very few people know or understand it. For her, this needs to be addressed.

“Crowdfunding is an important part of the sustainable development of our economy, and we need to support entrepreneurs’ ability to operate in this way. My research can help entrepreneurs think about what kind of backers they want. Do they want benefactors? Then they should make their pitch appeal on an emotional level. Do they just want shoppers? Then their pitch needs to be less about feelings and more about the benefits of the product.”

Equally, for policymakers, Nadia Arshad’s thesis is a reminder that crowdfunding isn’t just about the initiators.

“There isn’t a huge amount of regulation for reward-based crowdfunding campaigns. With reputable well-known crowdfunding platforms, there’s less risk of fraudulency. But more could be done to protect backers, especially when it comes to refunding, and investigating how and why campaigns fail,” she says.

Rewards-based crowdfunding consists of individuals donating to a project or business with the expectation of receiving a non-financial reward in return, such as goods or services at a later stage. A common example is a project or business offering a unique service (rewards) or a new product (pre-selling) in return for investment. This form of crowdfunding allows companies to launch with orders already on the books and cash-flow secured (a major issue for new businesses) and gathers an audience before a product launch.
(Source: European Commission)