Each year some 500 people in Sweden develop endocarditis, inflammation of the heart valves. The condition can be life-threatening, and one of the bacteria that cause the disease is Streptococcus gordonii, a bacterium that exists in the mouth.

“It’s part of the natural flora of bacteria there, but sometimes it gets into the bloodstream, and then it can lead to infective endocarditis. The bacteria have also been found in infections surrounding various kinds of implants,” says Associate Professor Julia Davies, who directed the research team at the Faculty of Odontology.

To survive in the oral cavity the bacteria must be able to attach to a surface, such as the mucous membrane. This is done with the help of proteins. In the mid 1990s one of these proteins from the bacterium S. gordonii was identified by a research team in England.

Julia Davies and her colleagues have now discovered two more. These scientists have thereby taken a step toward an understanding of how these bacteria get a grip on a surface, on heart valves, for instance. The two new proteins, SGO 0707 and SGO 1487, are found in the cell wall of the bacterium S. gordonii. The proteins are produced by the bacterium, and without them the bacterium cannot fasten to a surface, which is a precondition for it to be able to survive.

If bacteria wind up in the bloodstream, they can bind to the heart valves, where they produce a so-called biofilm and encapsulate themselves. Once the bacteria are encapsulated, it is extremely difficult to get rid of them. But with enhanced knowledge of how bacteria fasten to surfaces, it will be easier to find effective new strategies to treat biofilms-induced diseases.

“If we can block this binding with the help of drugs, treatment will be more effective,” says Julia Davies.

It was previously known that bacteria that grow in so-called biofilms alter their properties when they settle on a surface. For example, they become more resistant to antibiotics and antibacterial compounds. These researchers are now moving on to find out how this resistance arises.

“We want to understand in what ways bacteria alter their properties when they settle on a surface,” says Julia Davies. 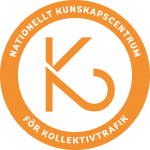