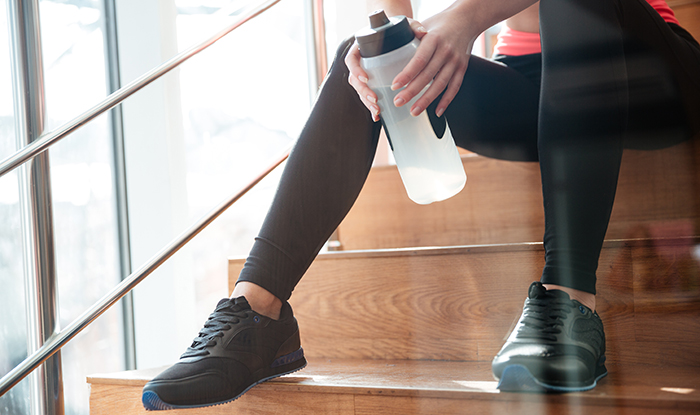 New knowledge about the very smallest muscle components, myosin and actin, can contribute to more effective treatment methods for heart and muscle diseases. Together with a research group from Canada, researchers at Linnaeus University have come up with answers that have eluded the research community for decades.

The question concerning what happens at the molecular level in our muscles when they are activated has kept researchers occupied for decades. In our muscles, there are billions of small proteins called myosin and actin. The size of each of them being only one-hundred-thousandth of a millimetre.

These microscopic units create kinetic energy by converting cell fuel to, among other things, phosphate. However, exactly what this process looks like has been debated for a long time.

“When some of my colleagues and I wrote a review article on the subject in 2015, we noted that the number of hypotheses seems to be almost as high as the number of researchers”, says Alf Månsson, professor of physiology at Linnaeus University.

The new research from Linnaeus University provides a number of answers to what happens at the molecular level in our muscles when they are activated. The study that was recently published in the journal Nature Communications was conducted together with a research group from McGill University in Montreal, Canada.

“The results are of great potential significance for the treatment of serious diseases where myosin plays a key role. In addition to serious diseases in the heart and body muscles, this applies to the spread of cancer cells to new tumors and to the invasion of human red blood cells by malaria parasites”, Månsson explains.

More specifically, the researchers have mapped out how phosphate, the substance that is created when our muscles are activated, behave when it is released from the myosin at muscle contractions. The researchers present evidence that phosphate moves in a different way than what was previously thought, and it makes more ‘pauses’ in and on the myosin molecule.

Through these new discoveries, the researchers can explain phenomena for which earlier models have provided contradictory results. The achievements were made possible by combining calculation-based computer modelling with experimental studies of individual myosin molecules in a laboratory environment.

“These molecules are so small that they cannot be seen using regular optical microscopes. However, with the help of atomic force microscopy it is possible to observe an individual myosin molecule in motion”, Månsson continues.

The findings are of significance for the development of future drugs linked to heart and muscle diseases. The question concerning how myosin behave has become a key issue here. Detailed knowledge about the functioning of myosin makes it possible to adapt drugs to this detailed function to give them the desired effect.

“We hope that our findings will pave the way for new ideas in this respect as well as further fine-tuning of already existing medicines”, Månsson concludes.

The share of dollar millionaires in the world is steadily increasing and their emission patterns make it difficult, if not impossible, to meet the Paris Agreement’s target of limiting global warming to 1.5 degrees Celsius. According to a new study by tourism professor Stefan Gössling, the dollar millionaires will, within just a few decades, be […]

More regulations and increased enforcement from the European Commission

Since 2016, the School of Business and Economics has worked to become internationally accredited by AASCB, which is the world’s largest accrediting body and network for business schools. The accreditation means that Linnaeus University has earned an internationally recognised quality mark as proof of the high quality and clear focus on the future on its […]

Both professor Stavros Avramidis, recipient of Carola and Carl-Olof Ternryd’s award 2022, and professor Heli Peltola, recipient from 2020, received their respective awards at a ceremony on Växjö campus on Thursday 20 October For her research on sustainable management of Nordic forest ecosystems in a changeable climate, Heli Peltola, professor of silvicultural sciences at the […]