Some people who experience traumatic events develop post-traumatic stress disorder. This consists of painful memories, constant acute anxiety, and persistent strong negative thoughts and feelings that do not dissipate over time. These problems can cause so much difficulty that the sufferer meets the criteria for a diagnosis of Post-Traumatic Stress Disorder (PTSD). If the symptoms do not pass, the sufferer may develop a sense of hopelessness about the future.

Until now, there has been little scientific research into apps that claim to alleviate mental disorders. In a new study, researchers at Uppsala University’s National Centre for Disaster Psychiatry have examined whether access to the PTSD Coach app can help people who have survived traumatic events. The app has previously been included in a few studies in the US and a pilot study has been carried out in Sweden.

This study involved 179 adults with post-traumatic stress following a traumatic event in the preceding two years. Half of the group had access to the app for three months, while the other half had to wait. The participants were not actively undergoing any form of mental health treatment. If they were taking medication, they were not allowed to change or adjust their dosages during the period.

After three months, the individuals with access to the app had fewer problems with post-traumatic stress and their moods than the control group.

“We hope that the content of this app, which helps the user understand their own reactions and includes simple exercises to relieve stress, can help PTSD sufferers begin their journey to feeling better. Individuals can feel that seeking help is too difficult, especially if they are far from care, if they do not know where to turn or what can help them. The app also has a role to play after events like major accidents or disasters,” says the study’s lead author, Ida Hensler.

The study’s participants were almost exclusively women, and more studies will be needed to fully understand how many people could benefit from the app and who they are.

“We don’t see the app as a substitute for good care, like psychological treatment, and more knowledge is needed, but this study provides the basis for beginning to understand the possibilities of self-help apps that can complement the usual care pathways for this target group. The study is particularly important, since very few of the many apps claiming to ease mental health issues have been studied scientifically,” says Ida Hensler.

About PTSD Coach Sweden
PTSD Coach Sweden is a Swedish version of an app that was originally developed for use by American soldiers. The app includes information about post-traumatic stress, short and simple exercises to manage stress reactions, links to support resources, and an opportunity to measure the user’s post-traumatic stress over time. PTSD Coach is used in several countries, including the United States, Canada, Australia and Germany. It has been included in a few studies in the US, and the National Centre for Disaster Psychiatry has previously carried out a Swedish pilot study. It is available for free download via the Swedish App Store and Google Play. 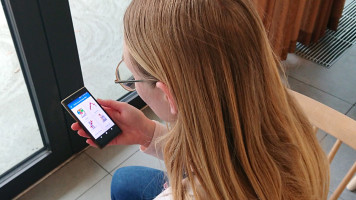 Oral contraceptives and hormone therapy increase the risk of stroke

﻿Oral contraceptives and hormone therapy at menopause increase the risk of stroke. The increased risk is greatest during the first year of treatment and then declines. The study, which is now published in Stroke, is based on data from over a quarter of a million women from the UK Biobank database.

New data from the Uppsala Conflict Data Program (UCDP) at Uppsala University show that at least 119,000 people died in organised violence in 2021. This is an increase of 46 per cent compared to the previous year, and the highest number since 2015.

Historic virus infections can be traced in vertebrate genomes. For millions of years, these genomes have been repositories for retroviruses that incorporated their code into germline cells and were inherited as endogenous retroviruses (ERVs). Researchers from Uppsala University now provide new findings about retroviral establishment in the koala genome. The findings are being published in PNAS.