New discovery: changes in bile acids may be linked to diabetes in young children

Disturbances in the interaction of bile acids with the inborn microflora in the intestines can increase the risk of type 1 diabetes.
This is shown in a new study on children’s’ first years of life.
“We have gained new knowledge about how the disease begins to develop,” says Matej Orešič, professor of medical science at Örebro University.

An international research team led by Örebro University has investigated how bile acids are regulated in young children. And there is a link in the development of type 1 diabetes, according to the study published in the scientific journal Cell Reports Medicine.

“We have not studied the disease itself. Instead, we have investigated what happens before the disease develops,” says Matej Orešič.

It is the interaction of bile acids with children’s inborn microflora in the gut that the researchers have studied in more detail.

Already at birth, the gut flora is beneficial in keeping us healthy and regulating the immune system. Bile acids, which are formed in the liver, play a crucial role in digestion. For example, they help the body absorb fats and fat-soluble vitamins in the small intestine.

When bile acids come into contact with gut bacteria, they are modified. This allows bile acids to assist effectively in glucose and fat metabolism.

New research shows that it is precisely this change in the bile acids, brought about by microorganisms or microbes, that is very important. Because in children who later develop type 1 diabetes, it is possible to see early on that the interaction between microbes and bile acids is disturbed.

“We had not expected that there would be such a clear link between gut microbes and bile acids before type 1 diabetes developed,” says Matej Orešič.

The researchers have taken samples from children between three months and three years. Blood and stool samples were collected on six occasions from each child. The research group analysed the gut flora and performed extensive chemical analyses.

The results show that children who later developed type 1 diabetes have different bile acid composition than healthy children. In particular, the bile acids modified by gut flora showed distinct differences – as early as the first six months after the children’s birth.

In total, samples were taken from 71 children. Although the study is relatively small, its longitudinal design with multiple samples per each child collected makes it informative, which the researchers now hope will be followed up by further studies.

“This can provide better methods for predicting diabetes as well as assessing the risk of being affected. The next step will be the development of preventive measures,” says Matej Orešič, professor of medical science at Örebro University.

FACT: This is type 1 diabetes

Type 1 diabetes often develops early in life, especially in children and teenagers. The body stops producing insulin, the hormone required for cells to absorb sugar from the blood.

If type 1 diabetes is not adequately treated, blood sugar levels can become very high. If left untreated, this condition can be life-threatening.

Type 1 diabetes is treated with insulin in response to checking blood sugar levels. 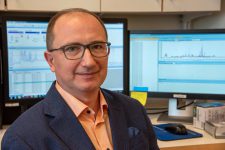 Today the figures for teenage girls who are feeling unwell are alarmingly high. Researcher Anna Duberg at Region Örebro County in Sweden, has in her dissertation looked into the effects and experiences of the adolescent girls participating in an eight month long dance intervention. The dance was shown to function as an oasis from everyday stress for the participating girls.

The requirements of the hand governed the development of the brain.

The need to coordinate eye and hand drove the evolutionary development of the brain to a considerably greater extent than scientists previously believed, according to Matz Larsson, researcher and senior physician at Örebro University Hospital, Sweden, who has published articles on this topic in Frontiers in Zoology and Brain, Behavior and Evolution.

Why humans are musical

Why don’t apes have musical talent, while humans, parrots, small birds, elephants, whales, and bats do? Matz Larsson, senior physician at the Lung Clinic at Örebro University Hospital, attempts to answer this question in the scientific publication Animal Cognition.

A safer and healthier old age – that is the aim of GiraffPlus, an international project led by researchers at Örebro University, Sweden. With a focus of developing sophisticated aids for the elderly in close collaboration with the intended users, the project is now about to test the new technology in real homes.