Of patients with hypertension, nine-tenths do not receive enough treatment and are thereby at elevated risk of cardiovascular disease and early death, a University of Gothenburg thesis shows.

In one of the studies in his thesis at Sahlgrenska Academy, University of Gothenburg, specialist doctor Johan-Emil Bager studied the association between various BP levels and the risk of MI or stroke in older patients with hypertension but without a history of heart attacks or strokes.

The risk of MI or stroke was found to be some 40 percent lower for the patients with systolic blood pressure (SBP) below 130 mmHg, compared with those in the SBP 130–139 range. In the latter group, 5.2 percent of the patients suffered a heart attack or stroke during the follow-up period, compared with 3.4 percent of those in the group with lower SBP. The study comprised 5,041 older patients.

This pattern was repeated in another study, which investigated the risk of hemorrhagic stroke (brain bleed) at different blood pressure levels in 3,972 patients with atrial fibrillation, a common type of heart rhythm disorder. These patients were receiving treatment with blood-thinning drugs, such as Warfarin or Eliquis.

In another study, comprising data on 259,753 patients, the insuffiency of treatment in patients with hypertension emerged. Nine out of ten patients had either insufficient BP control or high blood lipids (cholesterol), or were smokers.

“This means that an overwhelming majority of the patients with high blood pressure are exposed to at least one important, modifiable risk factor for cardiovascular disease and premature death,” Johan-Emil Bager says.

He concludes that an unnecessarily high number of people in Sweden suffer MI or stroke, or die prematurely, because of insufficiently treated hypertension. 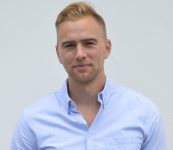 Public procurement used for political purposes in the United States

In the United States, politically appointed officials make decisions on the procurement of goods and services from the public purse that benefit the incumbent President. New research from the University of Gothenburg now shows that the more politicised an administration is, the more often public procurement is used to favour companies for political reasons. Every […]

Many adults have fatty deposits in heart arteries without knowing

More than four out of ten adults, ages 50 to 64 years and without known heart disease, have some degree of atherosclerosis, according to a new study, led by researchers from University of Gothenburg. Atherosclerosis, or the buildup of fatty deposits in blood vessels that supply blood to the heart, is a major cause of […]

Treatment with estrogen in menopause is both good and bad for women’s health. The picture is complex and the scientific evidence sometimes scanty or only moderately solid, a study shows. University of Gothenburg researchers took part. The study, now published in the journal PLOS Medicine, is a systematic review and critical analysis of previous research […]