The European robin’s closest relatives are found in tropical Africa. The European robin is therefore not closely related to the Japanese robin, despite their close similarity in appearance. This is confirmed by a new study of the Old World flycatcher family, to which these birds belong. The study comprises 92 per cent of the more than 300 species in this family.

“The fact that the European and Japanese robins are so similar-looking despite not being closely related is one of many examples of so-called convergent evolution in this group of birds. Similarities in appearance can evolve in distant relatives, e.g., as a result of similarities in lifestyle,” says Per Alström from Uppsala University, who is one of the researchers behind the study published in Molecular Phylogenetics and Evolution.

The Old World flycatcher family comprises birds belonging to more than 300 species that are distributed across Europe, Asia and Africa. The family includes not only flycatchers, but also nightingales, chats, wheatears, redstarts, whistling-thrushes, forktails and other exotic groups. Twelve species breed in Sweden, of which the European robin, the pied flycatcher and the thrush nightingale are the most well-known. All except three of these species winter in sub-Saharan Africa or southern Asia.

Uppsala University has a long tradition of research on flycatchers, especially on pied and collared flycatchers. The present study supports the hypothesis that the bluethroat, which is colloquially called “the nightingale of the Swedish mountains”, has its closest relative in the Himalayas and the mountains of China.

“I never cease to be surprised by the many unexpected relationships that are revealed by DNA analyses,” says Per Alström

Uppsala University is the oldest university in Sweden, founded in 1477, and is ranked among the world’s top higher education institutions. We are a comprehensive research-intensive university with a strong international standing and a clear mission: To pursue top-quality research and education and to interact constructively with society. At the heart of this mission is the endeavour to advance sustainable development, engage with the wider community, and promote openness and respect. Our most important assets are all the individuals – over 54,000 students and more than 7,500 employees – who enrich the university with their curiosity and dedication. www.uu.se 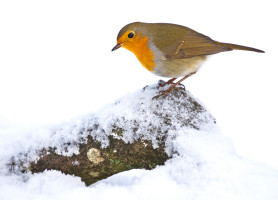 Researchers at Uppsala University have discovered and characterised a DNA sequence found in jawed vertebrates, such as sharks and humans, but absent in jawless vertebrates, such as lampreys. This DNA is important for the shaping of the joint surfaces during embryo development.

Preschool children’s play involving tablets is less creative and imaginative compared to their play involving physical toys. This is shown in a new study by Uppsala University, and the difference is substantial. The results counter occasional claims that new technology would make children more creative. Tha study is published in Learning, Media and Technology.

An team of surgeons and scientists from, among others, Uppsala University has confirmed secure surgical access to the central core of the human cochlea. The research, published in Scientific Reports, ﻿is critical to the first in-human trials of new cell, gene and drug therapies for the inner ear, and will assist with treatment for improving hearing loss and deafness over the long-term.

The malignant brain tumour type medulloblastoma can become resistant to therapy which can cause relapse. Researchers at Uppsala University have discovered a certain protein that makes tumour cells resting and insensitive to radiation treatment. The research group hopes that the results could eventually lead to better treatments for children that have the highest risk to develop relapses.