Tree-planting has been widely seen as an effective way of binding carbon as carbon dioxide levels rise in the atmosphere. But now researchers from the University of Gothenburg and elsewhere are warning that forests on nutrient-poor land won’t be an additional carbon sink in the long term. As forests age, their uptake of CO2 declines and, each time forests are planted, there is a risk of additional carbon being released from the soil.

The capacity of plants to bind carbon is a key factor in calculating the effects of climate change as carbon dioxide levels rise in the atmosphere.

Scientists have now measured how much biomass grows under air with elevated CO2 concentrations in several long term field experiments. Growth stimulation was poor or missing when the plants lived in poor soil, in some cases after only ten years.

“The total biomass that binds carbon was not stimulated more by the elevated CO2 levels in our experiments over time. Exactly when growth slowed down depended on various factors, but one important one was how much nitrogen the soil contained,” says Louise Andresen, a researcher at the University of Gothenburg.

Other factors not previously taken into account are that some trees die and thus stop binding carbon dioxide. Instead, their carbon is released prematurely. While there has been debate about the size of our forests’ capacity to mitigate the greenhouse effect in the past, this study published in the prestigious scientific journal Global Change Biology provides a more nuanced picture.

“We now know that we humans can’t just silence our consciences by planting forests; in the long term it doesn’t actually help. The only thing that will help is for humanity to reduce its greenhouse gas emissions,” says Louise Andresen.

The researchers also warn that the actual planting of trees can have major negative effects. A heath or tundra-like land is a good carbon sink as it is. If machines roll in to prepare the soil for planting, there is a high risk that the carbon bound in the soil will be released into the atmosphere.

Level of nitrogen in the soil crucial

Previously, the prevailing theory was that elevated carbon dioxide leads to an increase in the growth of biomass. Just like it is supposed to be good to talk to your plants to make them grow better. In outdoor experiments in the US, Switzerland, Denmark and elsewhere, forests, grasses and other vegetation were exposed to a manipulated level of carbon dioxide in the air, and researchers then measured the growth of the biomass. Where the soil had a low concentration of nitrogen, the researchers could see that the biomass stopped increasing after a few years of growth.

“That’s not great news, given that carbon dioxide levels in the Earth’s atmosphere have risen from 380 ppm to over 410 ppm in the last 20 years alone. After these very long experiments, we know more about how vegetation responds to elevated carbon dioxide levels. When you take the whole ecosystem, the soil’s fertility and the whole life cycle of the plant into account, many ecosystems do not increase the amount of carbon they bind,” says Louise Andresen. 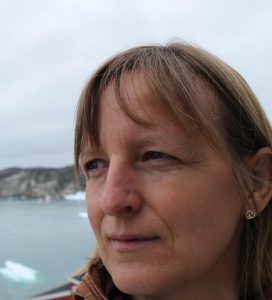 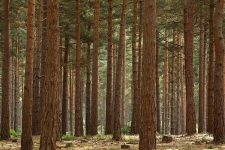