A higher proportion of male than of female managers have negative attitudes toward depression, a University of Gothenburg study shows. The more senior the managerial positions, the bigger the share of men with negative attitudes; the same, moreover, applies to women in senior managerial jobs.

The study, published in BMC Public Health, is based on an online questionnaire addressed to managers in Sweden. Of the 2,663 respondents, 901 were women and 1,762 men. The research focuses specifically on attitudes toward depression, a very common mental disorder.

The results show that 24 percent of the male respondents, who were managers at various levels and in a variety of companies and organizations, had negative attitudes toward depression. The corresponding proportion for the female managers in the study was 12 percent.

Monica Bertilsson, senior lecturer in public health science at Sahlgrenska Academy, University of Gothenburg, is the project manager for the study.

“We were surprised that the differences between female and male managers persisted even after we’d controlled, in our statistical analyses, for other factors like the managers’ training, the type of workplace they were at, how long they’d been managers, and whether they had experience of co-workers with depression,” she says.

The differences were explored by means of an index with 12 statements designed to gauge the managers’ emotional, cognitive, and behavioral attitudes toward employees with depression. For 11 of the 12, the differences between male and female managers’ responses were significant.

Male managers also agreed more frequently with the statements that they would neither make temporary changes in work tasks to support a co-worker with depression nor appoint anyone they knew had a history of depression. On the other hand, male and female managers gave the same responses to the statement that they find employees’ depression personally stressful were the same.

The higher the managerial position, the greater the frequency of negative attitudes in both men and women. However, the proportion with negative attitudes decreased inversely with the number of co-workers with these problems encountered by the managers. This applied to male and female managers alike, which the researchers see as positive.

Depression, anxiety, and other forms of mental ill-health are among the most prevalent and rapidly growing categories of health problem worldwide. Stress-related mental ill-health is also the category of disorder that is increasing most among people on sick leave in Sweden.

Under the Swedish Work Environment Act, managers are responsible for employees’ health and safety, for preventing ill-health, and also have a far-reaching responsibility for their rehabilitation. What characterizes mental ill-health in particular is the stigma associated with these disorders, along with the prevailing negative attitudes toward them.

“Managers with negative views may find it more difficult not only to relate to issues involved in mental health generally, but also to provide support for people who may need job modification in the short or long term,” Bertilsson says.

“The study is based on a questionnaire and extensive material, and we’ve taken into account many variables other than gender that might affect the results. But the finding persists, which makes the result robust. However, it’s important to point out that this is an attitude survey. We don’t know how male and female managers act in real life.”

The study is part of the project entitled “Managers’ perspective – the missing piece”. Its purpose is to gain an improved understanding of managers’ knowledge and strategies for supporting co-workers with common mental disorders, to enable development of sound measures to strengthen managers’ skills in the area of mental health at the workplace.

Title: Gender differences in managers’ attitudes towards employees with depression: a cross-sectional study in Sweden 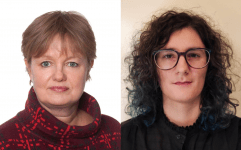 Early detection of encephalitis after immunotherapy using a blood test

Immunotherapy is very effective for many cancers, but the treatment can also cause autoimmune side effects. Encephalitis is one of the most serious and difficult-to-diagnose side effects of immunotherapy. Now care staff can use a simple blood test to detect treatment-triggered encephalitis at an early stage. This finding is reported in a study by researchers […]

New findings on the field of perinatal brain injury

A new study, led by researchers at the University of Gothenburg, have generated the first comprehensive transcriptional atlas of neonatal mouse meningeal leukocytes, under normal conditions and after perinatal brain injury. The study highlights the importance of meninges for brain development and pathology. The brain is one of the most complex organs, and it controls […]

Once it has spread (metastasized), uveal (intraocular or eye) melanoma — an unusual form of cancer — has a very high mortality rate. In a study published in Nature Communications, researchers and doctors at the University of Gothenburg and Sahlgrenska University Hospital show that, in a small group of patients with metastatic uveal melanoma, a […]