Construction of the main railway lines in Sweden included a large-scale garden project. Parks and kitchen gardens were built around the new stations, and long hedges were planted along the railways. A new dissertation from the University of Gothenburg describes how this came to be and explains why almost all of these cultivated areas are now gone.

Not only did the introduction of railways in Sweden in the 1850s revolutionise travel. It also gave thousands of Swedish villages and towns large gardens, which were often the first public gardens to be established. Railways were novel, and the gardens were an important part of their positive reception.

“These gardens had several purposes. A beautiful park with trees, rosebeds, gravel walkways and benches signalled orderliness and created a comfortable environment where travellers could wait for the train. Hedges and rows of trees were planted to keep animals and people off the tracks, and the railway attendants who lived by the station also had kitchen gardens,” says University of Gothenburg researcher Anna Lindgren, who has written a dissertation entitled The State as Gardener.

Most of Sweden’s main lines were built in just a few decades in the latter half of the nineteenth century. Decisions for new railways were based on documentation for that included information about the routes, financial accounts and stations. But the parks and gardens are hardly mentioned at all. By going through the archive materials from that time, Anna Lindgren has found that these cultivated areas were likely included from the start.

“My interpretation is that the gardens were as much a matter of course as the rails, which is why they’re not included in the documents. There were similar gardens in countries that had railways early on, like England and Germany,” says Anna Lindgren.

In addition, in the mid-nineteenth century, the concept of the “art of improving nature” gained popularity and was considered a form of cultural expression. The approach at that time viewed the landscape as its own entity with aesthetic value. This also led to an increasing understanding of how gardens benefit local residents and supported nation-building. The railway gardens were high quality. First, local gardeners were hired, then SJ hired its own staff; at its peak, there were over 140 employees. In the 1860s, SJ built plant nurseries at several sites around the country to raise plants.

“The government wanted to bring the art of gardening to the people; there was an explicit ideal of popular education. Several station gardens signposted all of the plants, as is done in botanical gardens, and the plants were available to buy at the local nursery,” says Anna Lindgren.

SJ’s gardeners went around and inspected the gardens at the stations, which were also adapted to the local climate. SJ helped to define Sweden’s plant zones and introduced brand-new plant varieties to the country.

Private vehicles: the beginning of the end

Anna Lindgren discusses two eras that illustrate the rise and fall of railway gardens. During construction of the main lines in 1855–1875, no expense was spared on community building. A century later, from 1955-1975, society had changed – and so had travel habits.

“The societal shift to increased private car ownership from the mid-twentieth century resulted in a decline in train travel and SJ needed to save money. There was a shift from beautification to performance and unprofitable lines were quickly shut down. Streamlining was more important than having a beautiful setting around the stations,” says Anna Lindgren.

In just 20 years, much of the ambition for railway gardens had vanished, and responsibility for the planted areas was “bequeathed” to the local level. In 1973, SJ’s last plant nursery was closed, and responsibility for the planted areas often shifted to the municipalities. But the gardens were in attractive locations in town centres, and the land was often needed for parking for cars and buses. In just a few years, almost all of the gardens disappeared. Today, only a few large railway gardens remain in Sweden.

“During industrial modernisation of the nineteenth century, railways were one of the leading symbols of belief in the future, te 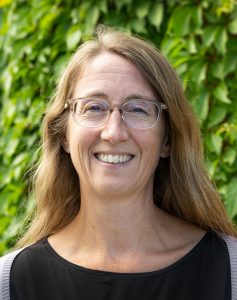 chnological advances and building a modern society. But the shift to post-war ideals saw cars replace railways as the symbol of modern life, and railway stations went from places where people spent time to become places to pass through while travelling,” says Anna Lindgren.

Link to dissertation: The State as Gardener. Railway Cultivation from the Art of Improving Nature to Bequest 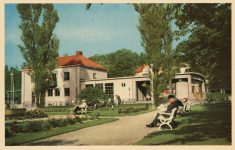