Men who had a high body mass index (BMI) as children are at an elevated risk of obesity-related cancer later in life, even if their weight was normal in young adulthood, according to a new study from University of Gothenburg.

Obesity-related cancers include a significant group of tumor diseases, many of which are on the rise in industrialized countries. They include cancer of the mouth, liver, gallbladder, pancreas, colon, and thyroid, skin (malignant melanoma) and blood.

The association between high BMI in adulthood and an increased risk of obesity-related cancer was already known, but the risk associated with high BMI during childhood and puberty has not been detailed before.

The new results, now published in the journal Cancer Communications, are based on the BMI Epidemiology Study Gothenburg, a population-based cohort including BMI during development and diagnostic data from high-quality Swedish registers on 36,565 men born in 1945–61.

The scientists analyzed BMI of the included individuals at the age of 8 years and again at 20 and followed up their cancer diagnoses from age 20 and approximately 40 years thereafter. This long follow-up period was crucial to the study since most cases of obesity-related cancer occur in upper middle age.

“Alarmingly, a near 40 percent excess relative risk remained even for the group of boys who were overweight at age 8 but had a normal weight at age 20, compared to the group with normal weight at both ages” says Jimmy Celind, researcher at Sahlgrenska Academy’s Institute of Medicine at the University. He is also a pediatrician at the Queen Silvia Children’s Hospital and the study’s first author.

“Overweight in childhood followed by normal weight in young adulthood thus resulted in a persistently increased risk of adult obesity-related cancer, which this study is the first to show.”

The authors behind the study emphasize that the results are not applicable to individual risk. “The increased risk for the individual over a life course is minor. However, in a population like the Swedish where one in five children are overweight, these findings point towards significant negative impact on future populational health.”

“The results show that preventive measures against obesity-related cancer should start early in childhood. If decision makers responsible for public health at country or even global level are serious about every child´s right to a healthy start in life, they need to step up the actions taken in early years,” Jimmy Celind says. 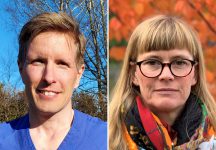