Severe or morbid obesity at age 18 may be linked to an elevated risk of atrial fibrillation in younger middle age. This is shown by a University of Gothenburg study comprising data on roughly 1.7 million men in Sweden.

The study, published in the Journal of the American Heart Association, is based on analysis of nationwide register data on 1,704,467 men who signed up military service in Sweden in the years 1969–2005. The average age at enrollment was 18 years.

The enrollment data included height, weight, blood pressure, fitness, and muscle strength. Using data on inpatient care and from cause-of-death records, the researchers were then able to determine the prevalence of atrial fibrillation and track the outcomes.

Atrial fibrillation is characterized by an irregular and often rapid heartbeat, sometimes accompanied by the heart’s inability to pump blood around the body as it should. The symptoms vary in severity and the disease may be chronic or consist in sporadic attacks. Hospitalization is often required, and the risks of heart failure and ischemic stroke (cerebral infarction) increase.

Over a median follow-up period of 32 years, 36,693 cases of atrial fibrillation were registered. For the whole group of participants, the average age at diagnosis was 52.4 years.

The rise in the risk of future atrial fibrillation began, in the men who signed up for military service, at what is usually classified as low normal weight, and continued with rising body mass index (BMI).For men with severe or morbid obesity (a BMI of 35 or higher) at enrollment, the risk of atrial fibrillation in younger middle age was between three- and fourfold. Here, the average age at diagnosis was 43.4 years.BMI on enrollment was also strongly linked to mortality risk irrespective of cause, and to risks of heart failure and ischemic stroke.

According to the study, higher than normal BMI in adolescents was strongly linked to early atrial fibrillation, and their subsequent clinical outcomes were relatively poor. Long-term exposure to overweight and obesity among individuals with atrial fibrillation was associated with increased risk of death, heart failure, and ischemic stroke.

The first author of the study, Demir Djekic, is engaged in research in molecular and clinical medicine at Sahlgrenska Academy, University of Gothenburg, and is also a specialist physician at Sahlgrenska University Hospital.

He sees screening for atrial fibrillation, and more active follow-up and treatment, as feasible in the long term if future studies can demonstrate better survival rates among individuals with obesity. At the same time, Djekic gives a pointer as to when it might be time to have one’s heart tested.

“If you’ve been overweight for a long time and are getting symptoms of atrial fibrillation, such as palpitations, shortness of breath, or an irregular pulse, you can go to your health center and have an EKG done.” 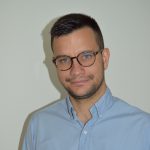