Some of the Earth’s ecosystems host an exceptionally high number of plant species, and infertile shrublands in warm semi-arid regions support 20% of the world’s plant species on 5% of the land surface. In particular, some shrublands in south-western Australia are so species-rich that some botanists refer to them as “knee-high tropical rainforests”. How a large number of plant species can successfully coexist while competing for space and limiting resources has puzzled ecologists for decades. In a paper published today in the prestigious journal Science, researchers from Australia, Panama and Sweden, including Associate Professor Paul Kardol and Professor David Wardle, both with the Department of Forest Ecology and Management at SLU, suggest that part of the answer for such high plant diversity could reside in the myriad of root-associated organisms that live in soils.

Plant roots interact intimately with a wide range of soil organisms such as bacteria, fungi and soil animals. While some of these organisms are harmful to roots by causing damage or even plant death, others are beneficial and enhance nutrient acquisition and protect roots against pathogens. However, whereas the effects that specific groups of soil biota have on individual plant performance have been studied intensively, especially in agricultural systems, the collective influence of soil biota for the maintenance of plant species diversity in natural vegetation was –until now– poorly known.

The team of researchers selected a large number of plant species from a very high diversity shrubland in south-western Australia, and exposed plants from each of these species to soil biota collected either from either the rooting zone of plants of its own species or from that of other species. Whereassome plant species grew better in their ‘own’ soils, many others actually performed best when exposed to soils from other species. Using a simulation model, the authors showed that these complex interactions between plants mediated by soil biota equalise growth differences between plant species, thus promoting their long-term coexistence. Their study is the first to show that soil biota play an important role in the maintenance of plant diversity in species-rich ecosystems. 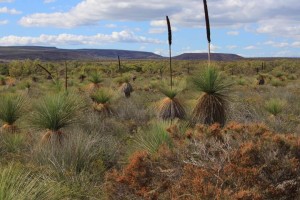 It is in moderately complex landscapes that it is most effective to deploy local conservation management measures to enhance biodiversity, such as flowering border zones. The SLU-researcher Mattias Jonsson has together with colleagues from New Zealand, Australia and USA recently published evidence for this in Journal of Applied Ecology.

The genome of the parasite that is causing clubroot disease on several agricultural and horticultural crops is now released. The new knowledge will hopefully be useful to develop better diagnostic methods, breeding strategies and elucidating the biology of this unique plant pathogen group.

Making window glass visible – but only to birds

Ultraviolet patterns can make window glass visible to birds, thus preventing fatal collisions. However, it has now been shown that such windows are not likely to work for all species, but only for birds like small passerines, gulls and parrots, who have a special type of colour vision. For birds of prey, geese, pigeons and crows, these patterns should be difficult to detect. These conclusions appear today in an article by Olle Håstad and Anders Ödeen in PeerJ.

New ways to utilize starch from cassava can provide food to an additional 30 million people without taking more arable land than today. By 2030 the figure will be 100 million. In addition, the same land can also contribute to an increased production of bioenergy. This is shown in a new study from researchers at the Swedish University of Agricultural Sciences (SLU) and China Agricultural University (CAU).