Mälardalens universitet 6 May, 2014 Media and IT, Technology

– Virtual technology is the future. It allows you to be available everywhere even without a mobile phone, a tablet, or a computer. We have the ideas and the technology and now we want to develop prototypes. To do so, we need more funding, which is often the main challenge for research, says Lars Asplund, Professor Emeritus in Robotics at Mälardalen University.

The research project which provides the basis for further development has been ongoing between 2005 and 2013, with a focus on robot vision, but that technology turns out to be the solution for an accessory that Google Glasses will require. The keyboard is constituted by two bracelets which are placed around the wrists or over the hands. Through sensors it feels the position of the fingertips, the surface and the movements of the user and can therefore ascertain which key is touched, while the user can see it for instance in a pair of Google Glasses. The two units will also function as a computer mouse and above all as a unit for gesture input.

– Keyboards today look almost the same, and work in almost the same way, as 19th-century typewriters. Our virtual keyboard makes possible a completely new form of interaction and offers relative positions which may for instance decrease the risk for repetitive strain injury, says Lars Asplund, Professor Emeritus in Robotics at Mälardalen University.

There are many areas of application for the new innovation, both for businesses and for individuals, such as use in small spaces, for interviews to avoid the barrier of the journalist’s computer screen, and by individuals who want to avoid the ergonomic problems that are common when using a physical keyboard and computer mouse. However, for the virtual keyboard to be a reality, more funding is required.

– This project has a great potential and can be completed in a year, but we need another 10-15 million SEK (10,9-16,4 million Euro) to develop the hardware design, manufacture a series, and launch the product on the market, says Lars Asplund, Professor Emeritus in Robotics at Mälardalen University. 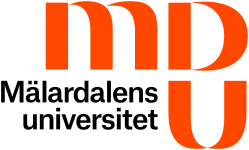 For more information, please contact
Lars Asplund, Professor Emeritus in Robotics at Mälardalen University and the initiator of the virtual keyboard Lars.asplund@mdh.se or +46705-41 46 68

The Swedish METRO project has shown that fires in trains can be greater than previously estimated, but also that the design of trains and the choice of materials is progressing in the right direction. The outcome of the fire can be very different depending on the choice of materials as well as if the doors of the trains are open or not.